East Lothian’s most picturesque landmark is a 17th century water mill. It’s surprising to find it still in working order, maintained as a museum by the National Trust for Scotland since 1950. Its riverside setting, combined with the wonderful stone buildings and red pantiled roofs have made it a favourite location for Scottish artists since the nineteeth century. Nowadays, it is probably East Lothian’s most photographed sight. It makes a great visit but opening hours are very limited: from 12.30 to 17.00 Thursdays to Mondays in summer, for guided tours only.

The present buildings, created in stages, date back as far as the 17th century, but there has been a watermill at Preston since the 16th century. Cereals (oats, barley and wheat) were at the core of the local diet, and the mill was an important meeting place. Tenants were legally bound to bring their grain to the mill to be ground. The legacy of milling survives in the English language, in such phrases as ‘mealtime’, ‘grist to the mill’ and ‘a millstone around the neck’.

The three main buildings at Preston Mill are the kiln (where the grain is dried), the mill (where it is ground by large millstones) and the miller’s cottage. Because the mill machinery was timber with a thatched roof, there was a major fire risk: it was therefore prudent to keep kiln and cottage separate. Power is supplied by water from the River Tyne, channelled into a lade (stream) which turns the huge vertical mill wheel. The iron-and-timber wheel you see today dates from an upgrade in 1909.

Cross the River Tyne by footbridge and walk quarter of a mile to visit Phantassie Doocot (dovecote). Its beehive shape is traditional, but it has an unusual horseshoe parapet, very thick walls and 544 nestboxes for pigeons which supplied meat and eggs. To this day, pigeons still nest there. The curious name comes from the Phantassie estate, birthplace of engineer John Rennie (1761-1821).

The Hit US TV Series Outlander used Preston Mill twice in Season 1. The most memorable scene is set at Lallybroch where lead character Jamie Fraser is mending the mill wheel. Government Redcoats suddenly appear and he is forced to hide underwater while Jenny and Claire deal with the soldiers.

Visit this rural region to the east of Edinburgh. Rolling farmland makes way to a dramatic coastline steeped in history 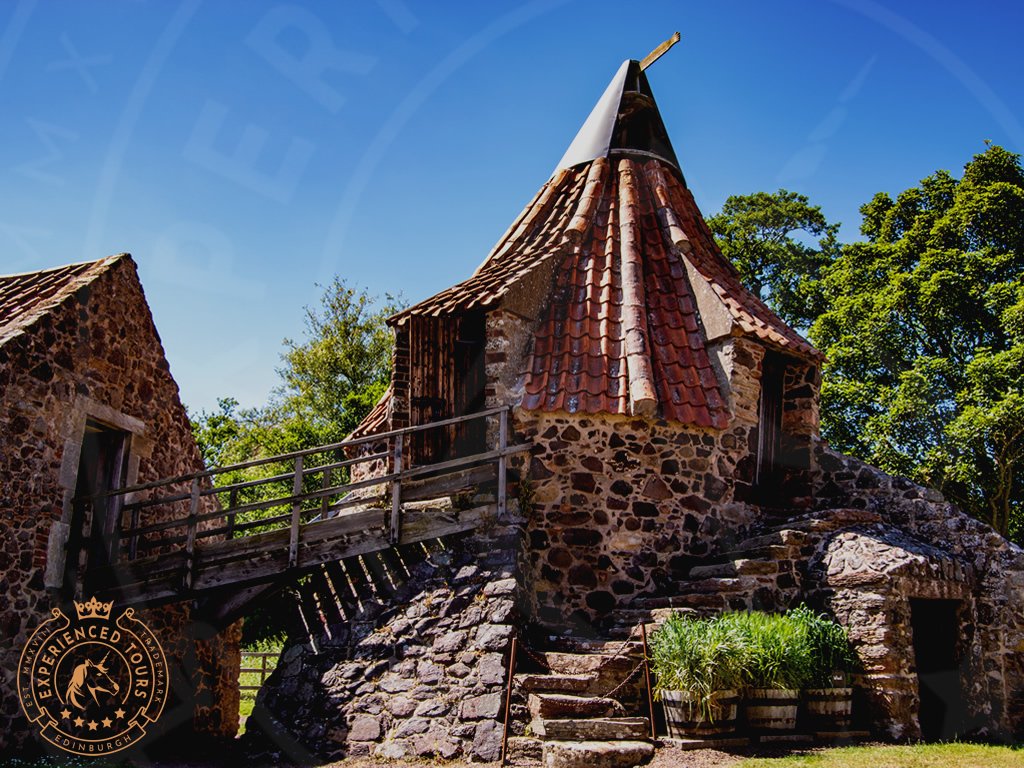 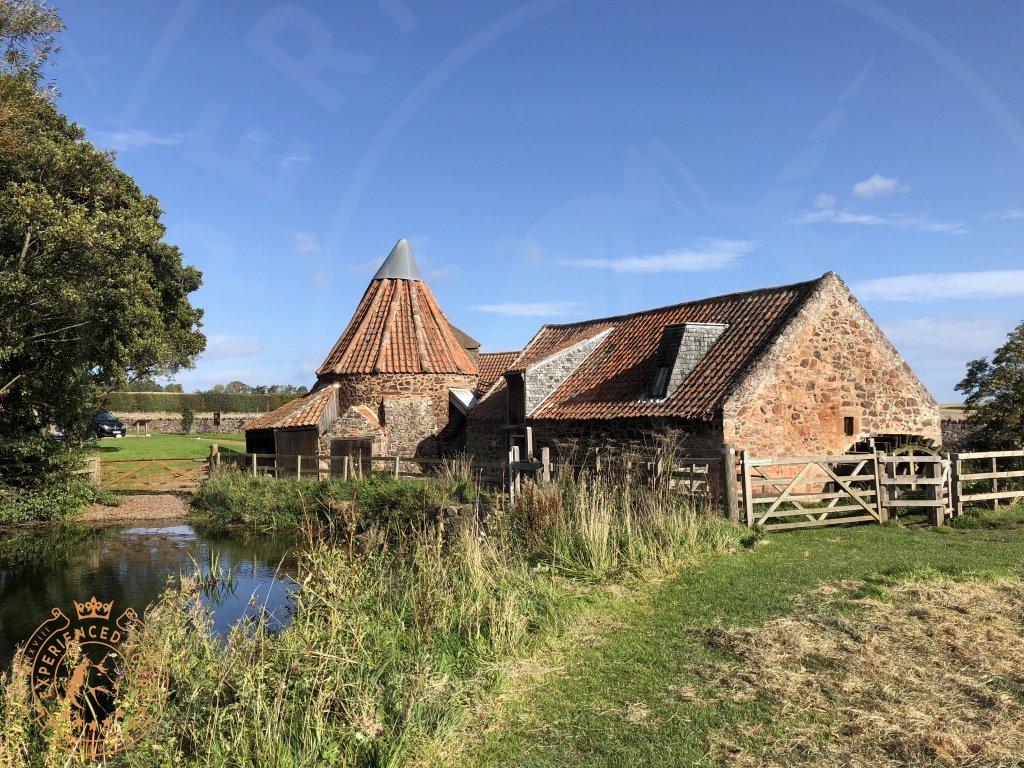 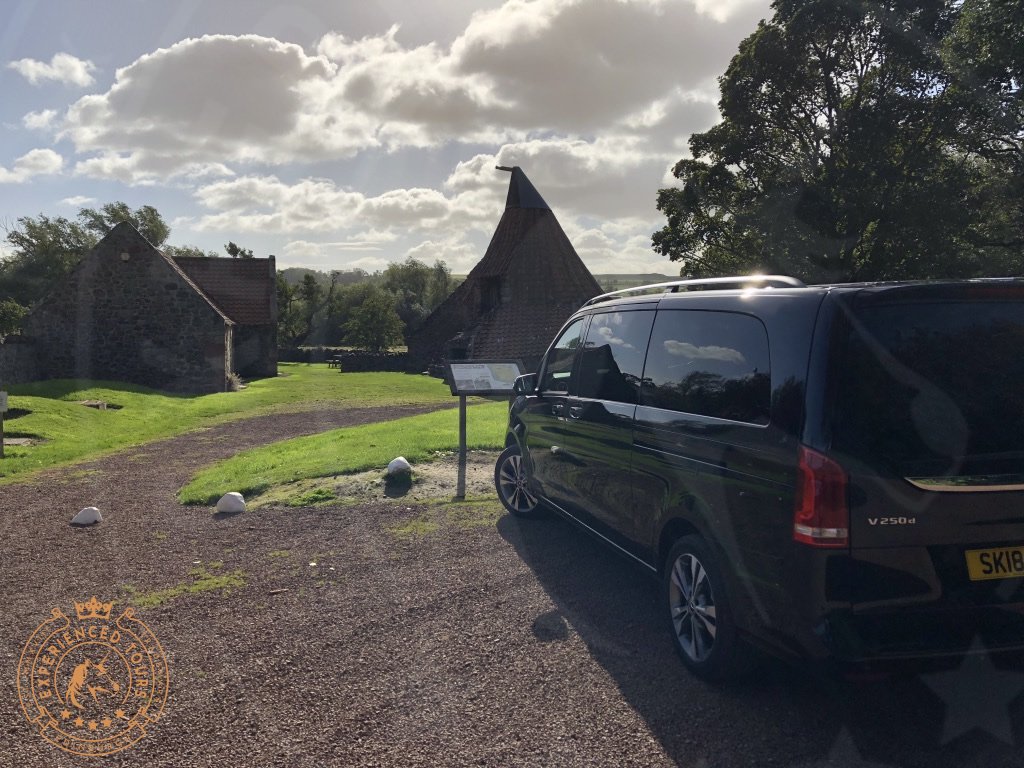 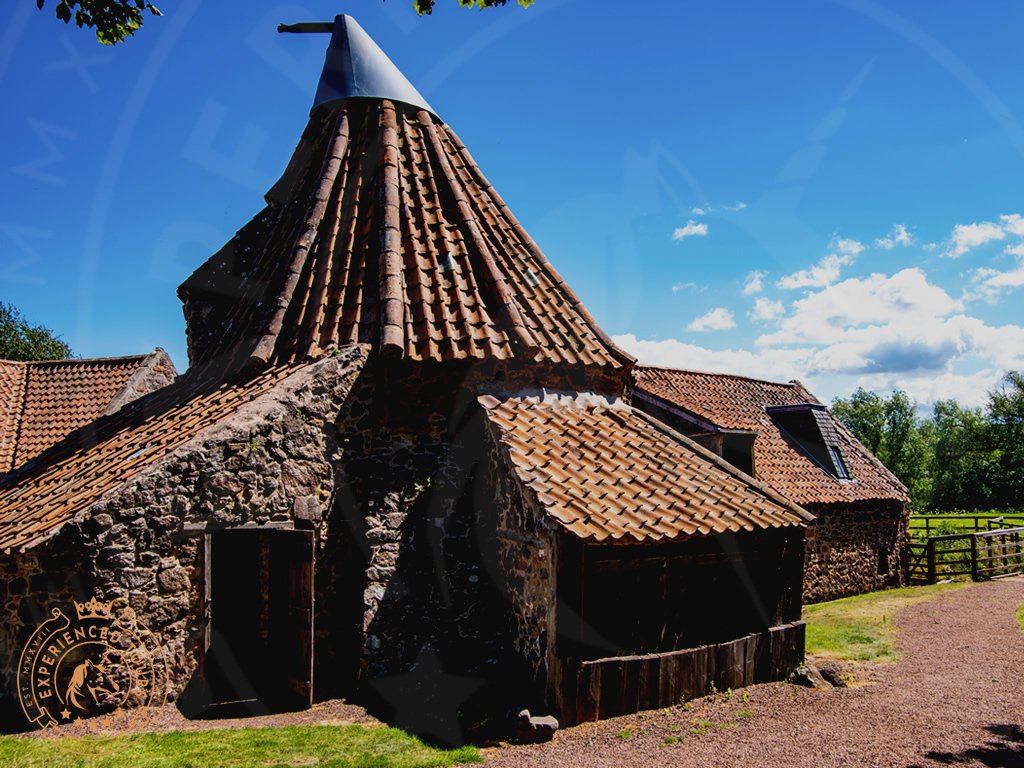 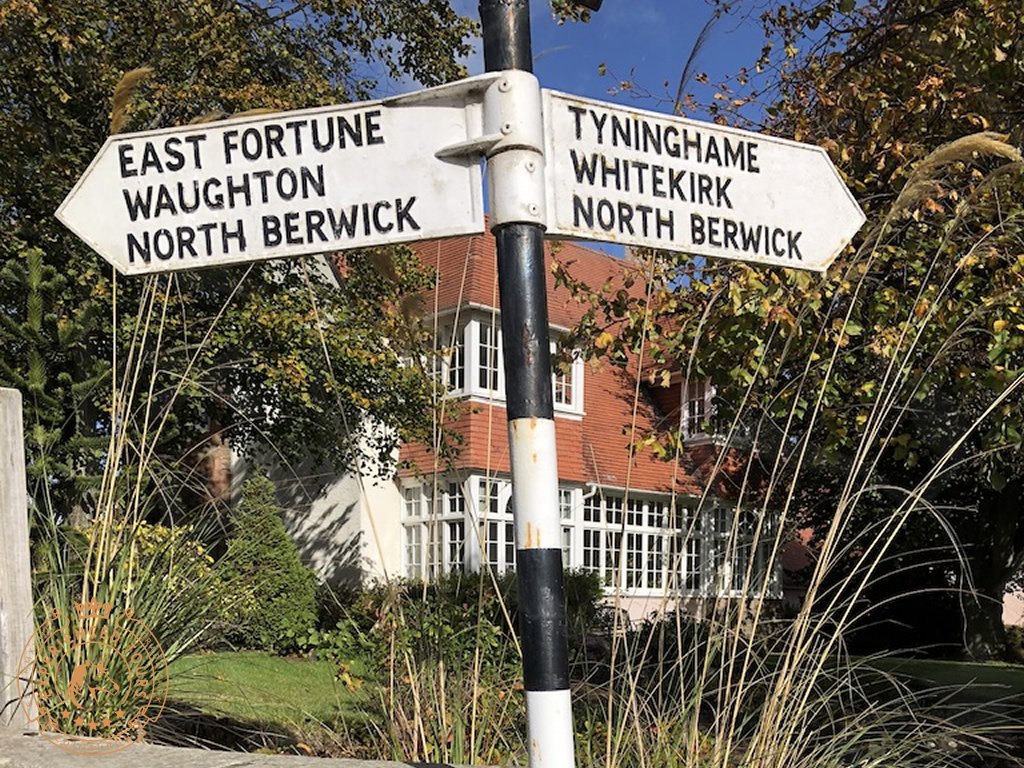