Burns Birthplace and Museum, in the care of the National Trust, are in the small town of Alloway, 2 miles/3km south of the city of Ayr.

Burns is regarded as Scotland’s national bard (poet),with more than 700 separate works to his name.  He is certainly one of the best known of all notable Scotsmen.

Burns was born here on 25th January 1759 into a tenant farming family. Although he had to work very hard on the farm, he really preferred reading and poetry and became well educated for the time, and his place in life.

After the successful publication of some of his works, he moved to Edinburgh in 1786. Here he made many influential and wealthy friends. This was the most productive period of his life, and he married his long-standing partner Jean Armour. Of their nine children, only three survived childhood.

After three years, he moved to Dumfries in 1789 and worked as a tax collector. All too soon his fondness for alcohol caught up with him and he died in 1796 and was buried in St Michael’s churchyard in Dumfries.

The simple cottage in which he was born lived until the age of seven is home to the finest collection of artefacts anywhere in the world, 5000 in all, and including original, handwritten manuscripts.

On display is the box bed he shared with three of his brothers and sisters. The kitchen was the main room of the house. Here the children were taught and the family shared meals.  Small extracts from his poems, and some of the Scots-language words he used decorate the walls throughout the house.

From the cottage it’s a pleasant walk to the museum along The Poet’s Path.  It has imaginative ironwork signs depicting scenes from his poem Tam O’Shanter and artworks on a Burns theme.

In the museum is his portrait, as close as possible to his real life appearance.  Here also are manuscripts and books, including the priceless edition of the works he first had published: Poems, Chiefly in the Scottish Dialect. This appeared when he was in his late 20s and was an extraordinary success. Translations are provided to help understand the Scots words he used.  Burns was also famous for his radical political views, which are also explained here.

Close to the museum are beautifully laid-out gardens, in which rose, the subject of one of his best-known poems, are the highlight.

The Burns Monument Trust, established in 1814, organised the construction of a monument here in his honour.  With a height of 21 metres (70ft ), it is in the style of a Grecian temple.  Stairs lead to the top from where there’s a superb view across Alloway. Nearby is the famous cobblestone Brig O’ Doon over the River Doon, which features in one of his most famous poems, Tam o’Shanter.

Open year round with seasonal variation. Closed 25 and 26 December and 1 and 2 January 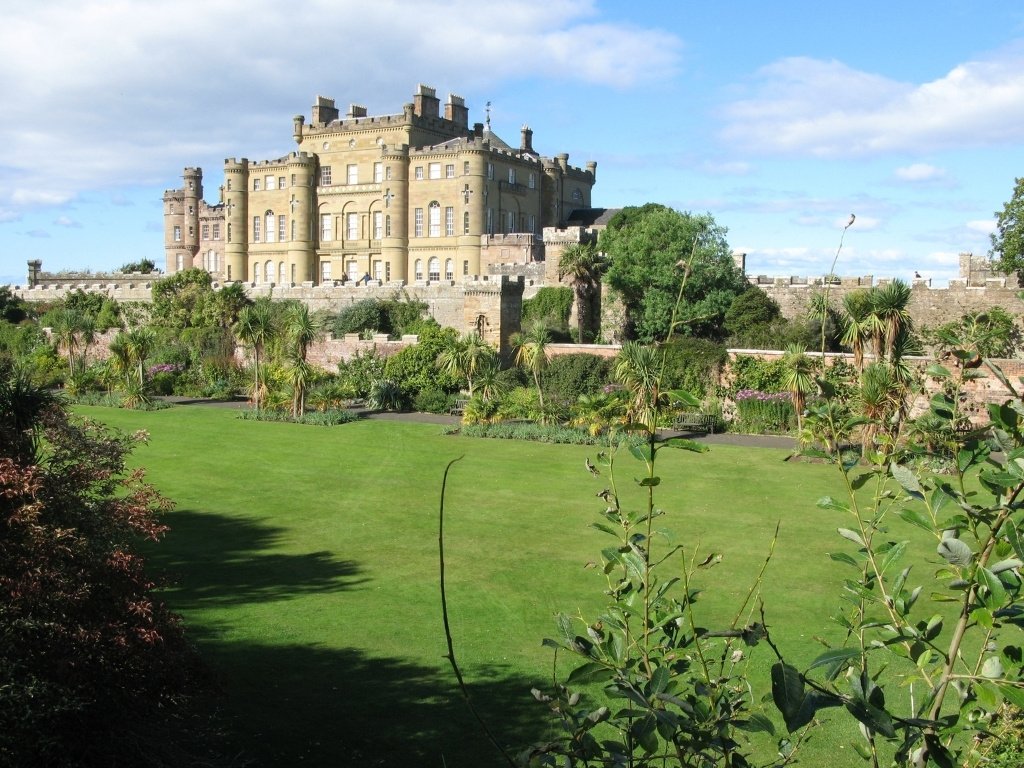