Rosslyn Chapel is world-famous because of its role in Dan Brown’s mystery novel ‘The Da Vinci Code (2003)’. His plot created a long trail of coded clues that lead the main characters to Rosslyn, where they unravel secrets kept by the Knights Templar relating to Jesus, Mary Magdalene and their descendents.

There had long been speculation about links between the chapel and the Templars, and resemblances were found between it and Herod’s Temple in Jerusalem. Carvings at Rosslyn were widely believed to demonstrate a Templar connection. Sceptics point out that by 1456, when the building was started, the Order of the Knights Templar had been dissolved for about 150 years.

The chapel is surrounded by legend, and its building is of great beauty and interest. It was begun by William Sinclair, first Earl of Caithness, as a place where Mass would be said on behalf of the souls of his family members. The building was never completed, and all that stands is the choir which is full of decorative carvings. Some of these are mysterious, such as the patterns carved into arches and strange cubes protruding from the ceiling, and have contributed to the enigma that surrounds the building.

The finest carving is on the Apprentice Pillar at the east end of the chapel. Legend says that the apprentice’s master was overwhelmed by jealousy when he saw the pillar, and killed the young man. The master’s face is said to have been carved in the opposite corner so that he is condemned to gaze at the apprentice’s work forever.

In recent years the chapel has been fully restored. Today, you can see this unique example of late medieval architecture looking better than at any time since it was built. 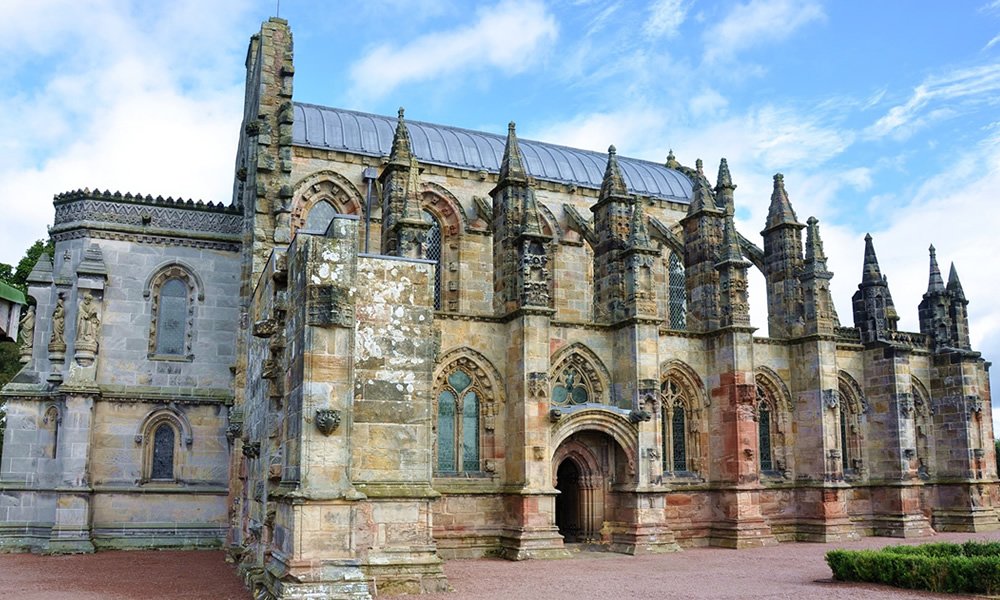 Venture the short distance to the mysterious Rosslyn Chapel. Learn the story of the Knights Templar and the Apprentice Pillar