St Andrews Cathedral is easily one of the most impressive ruined sights in Scotland. Once the largest Cathedral in Scotland (and one of the largest in Europe) its turbulent history and modern-day remains make for an interesting visit, as do some of the people who rest in the Cathedral’s graveyard.

In 1160 Bishop Arnold began building a new cathedral at the Eastern end of the town of St Andrews. The scale of the planned building was unprecedented in size and the initial construction project took over a century to complete . During the construction a fierce storm destroyed the west end of the building, but was reconstructed by 1279. The construction was finally completed in 1318. Then a fire partly destroyed the ill-fated project in 1378 but further restoration and embellishments were completed in 1440.

The finished building had become the centre of the Medieval Catholic Church in Scotland and the seat of the Archbishop of St Andrews. At 119 m (390 ft) long and over 33 m (108 feet) tall, it was an impressive sight to behold, visible for miles around and dominating the skyline of St Andrews and the nearby St Andrews castle.

In June 1559 during the Reformation, a period where Catholic Mass was outlawed, a Protestant mob incited by the preaching of John Knox ransacked the Cathedral, the interior of the building was destroyed. The Cathedral fell into further decline following the attack and by 1561 it had been abandoned by the Catholic Church. Much of its masonry was repurposed for construction work in St Andrews town and further afield. At some time towards the end of the 1600s the central tower was either demolished or fell down which destroyed the North Wall and other parts of the central structure.

The Cathedral Museum houses an impressive collection of artefacts recovered from the grounds and returned to St Andrews from where they were taken, including intricate stone carvings, Celtic crosses and gravestones dating back to the period of St Columba in AD 580.

Legend has it that during a visit by King Robert the Bruce in 5th of July 1318, he arrived by riding up the central Isle of the Cathedral on horseback.

A number of notable names rest in the graveyard of St Andrews Cathedral, including both Old Tom Morris and his son, Young Tom Morris, both famous golfers and attributed for the creation of the modern game of golf that is famously played nearby on The Royal and Ancient Old Course.

Today a visit to St Andrews Cathedral allows us to imagine what the original building would have looked like and is an interesting feature during a private tour of St Andrews. 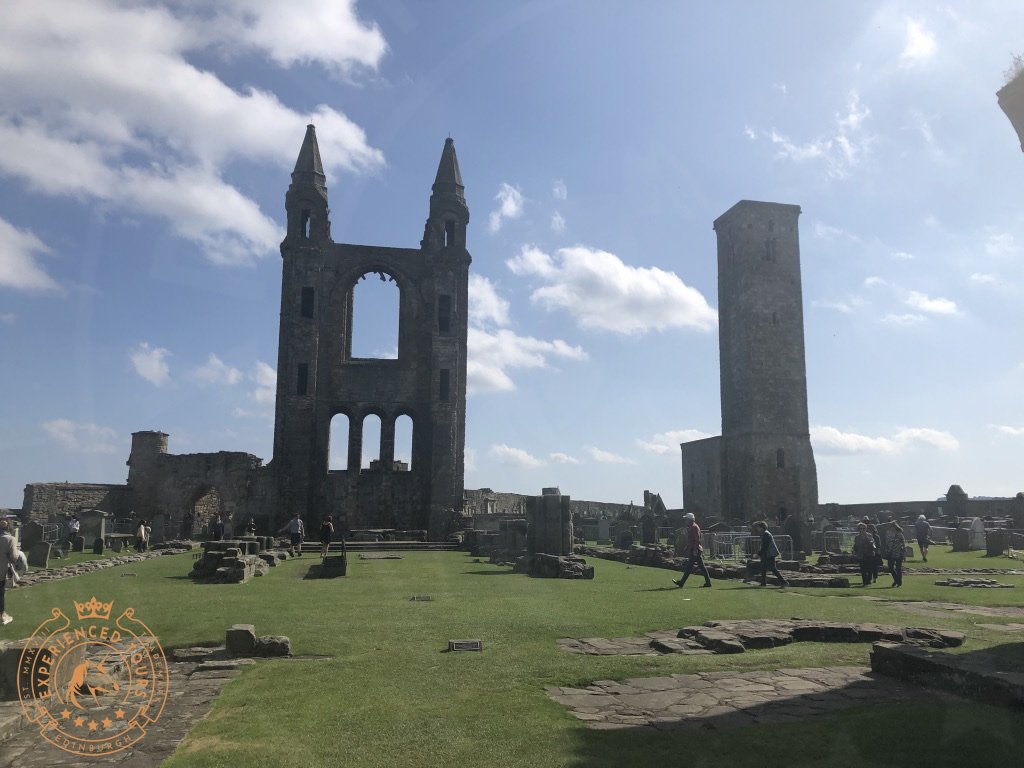 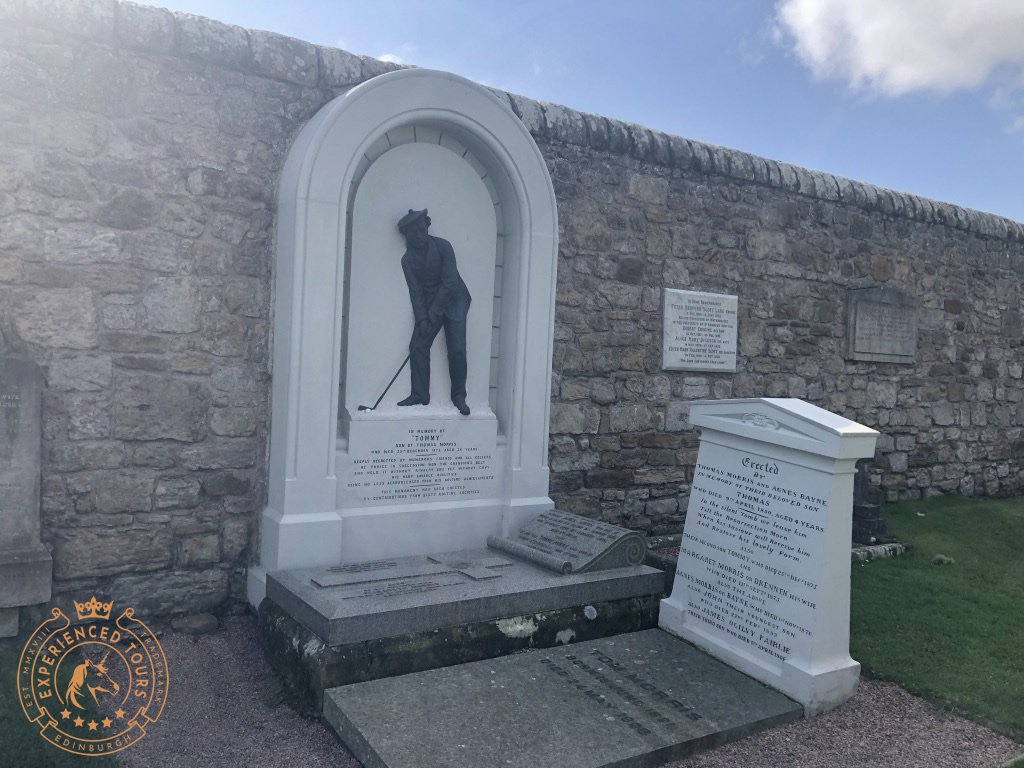 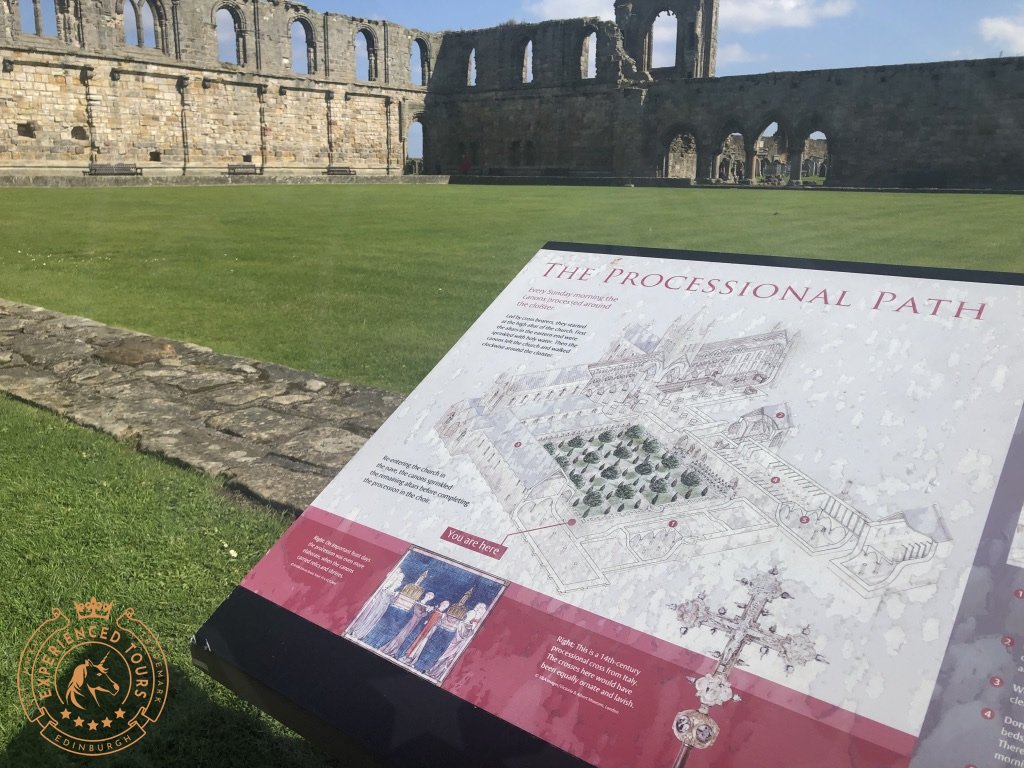 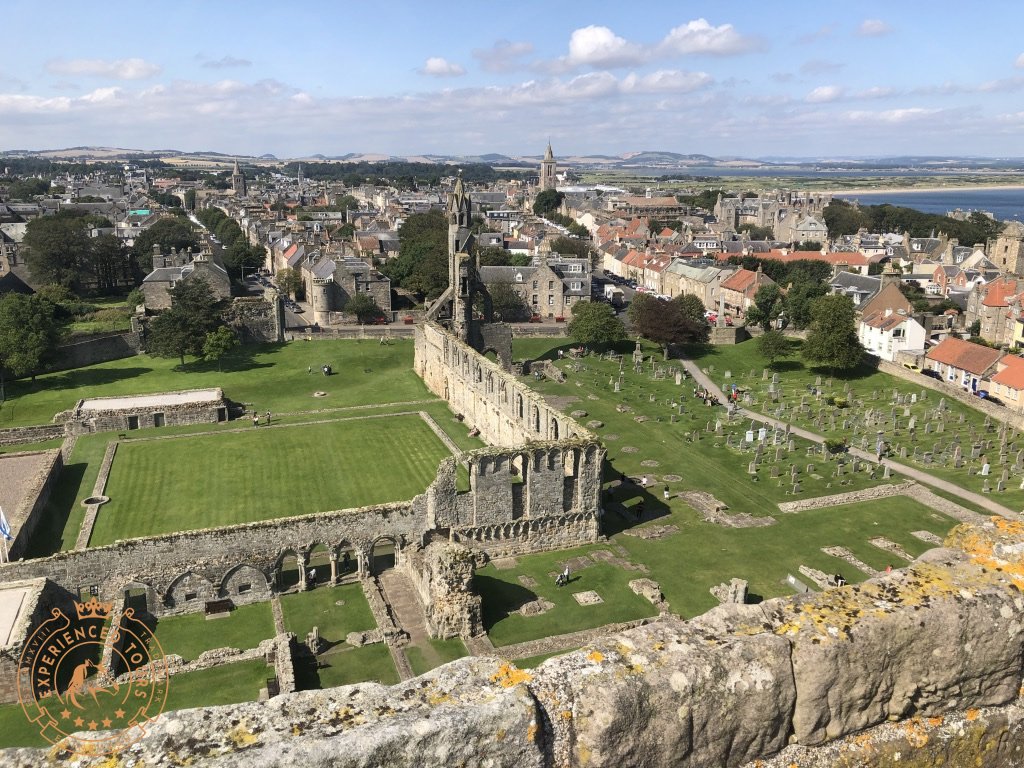 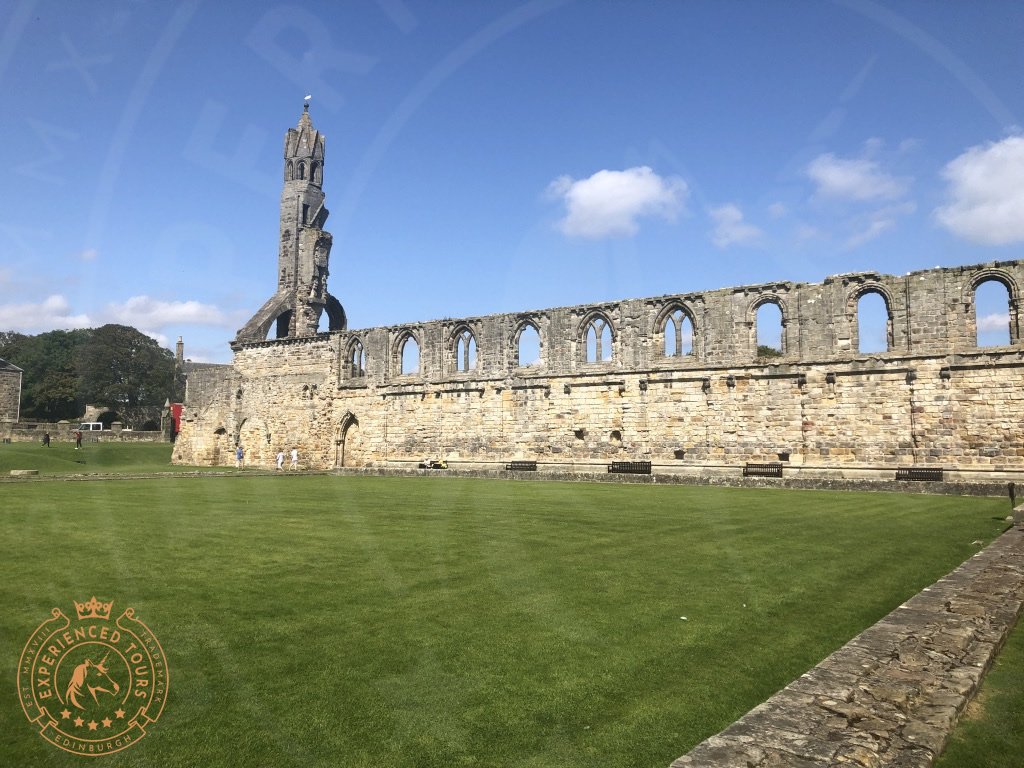 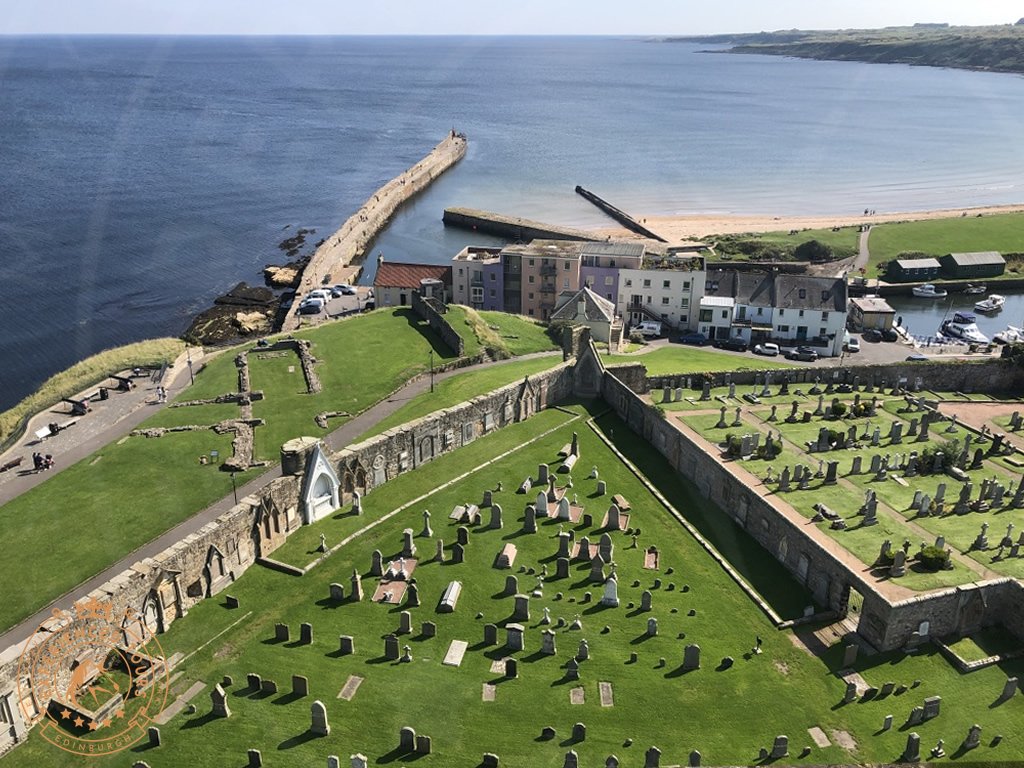 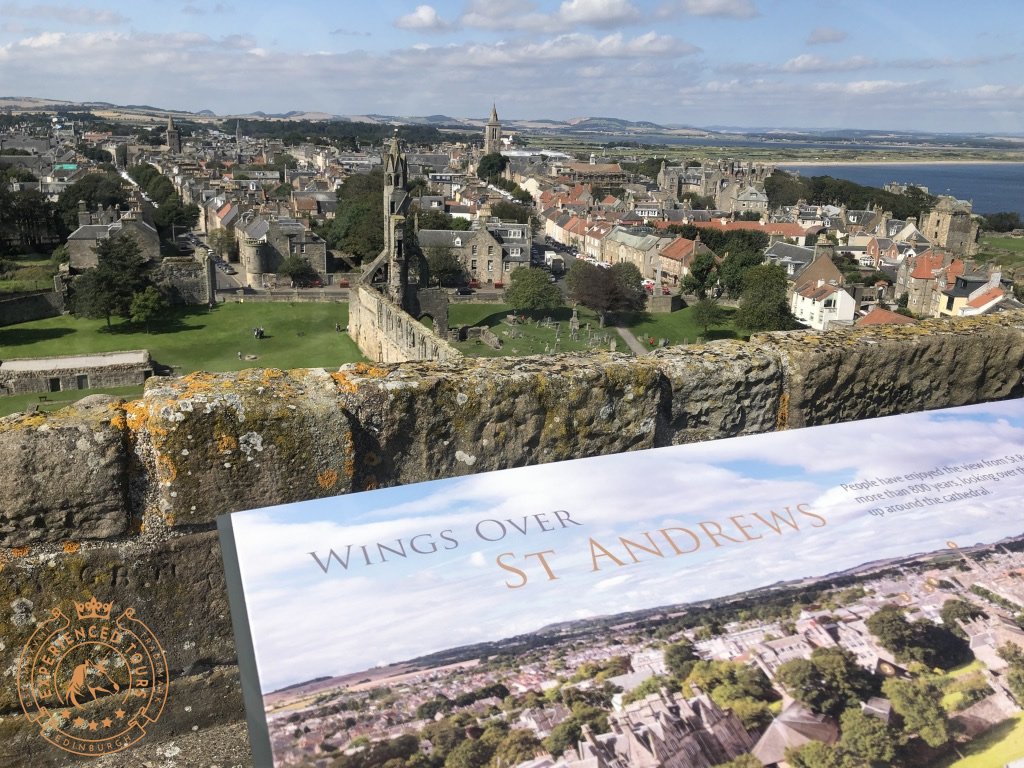 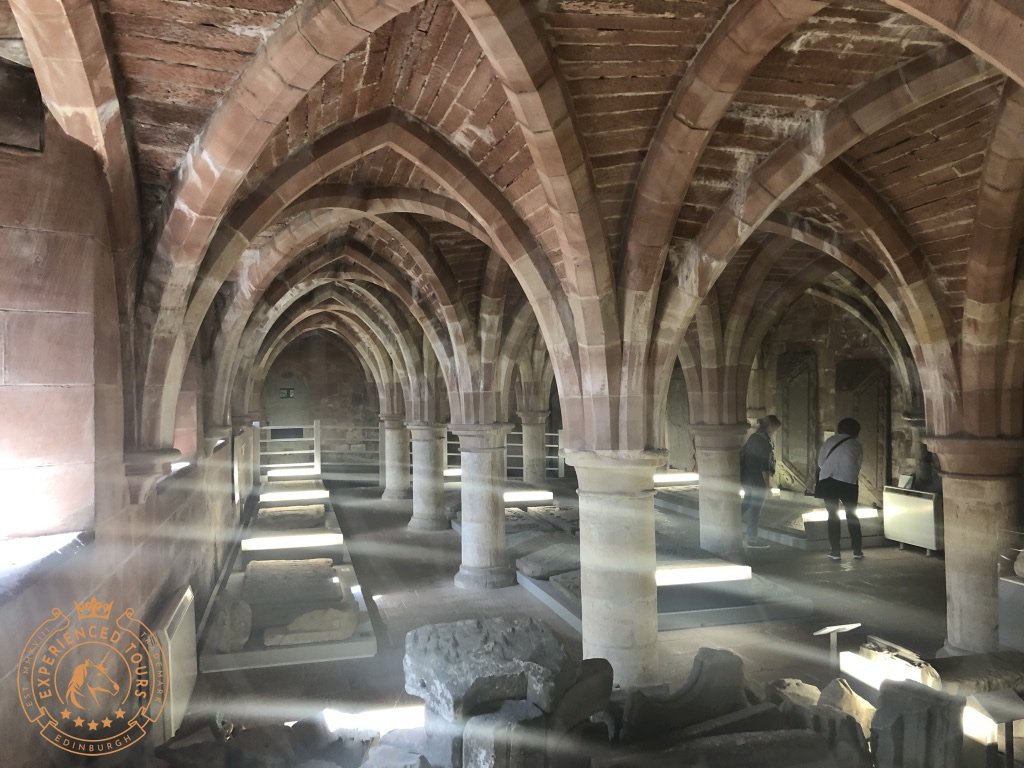