US  hit TV series Outlander is the story of Claire Randall, a World War Two nurse who is mysteriously swept back in time to 18th century Scotland. She meets Jacobite Jamie Fraser in the period leading up to the Jacobite uprising of 1745.

The popular series has been filmed extensively around Scotland as well as in TV studios in Cumbernauld near Glasgow. For all budding Outlander fans it is possible to tour some of the historic locations and stately homes on a one, two or three day Outlander tour.

Doune Castle (Castle Leoch)
This fantastic 14th century medieval castle is located in the small town of Doune about an hour from Glasgow and Edinburgh. It was built by the Duke of Albany and is a great example of a semi-ruined castle from the period. Doune is used as Castle Leoch in Outlander and is home to the clan MacKenzie.

Doune Castle has also been made famous in Monty Python and the Holy Grail and Game of Thrones.

Midhope Castle (Lallybroch)
Located near Edinburgh in the grounds of Hopetoun House, Midhope Castle is the outside location for Lallybroch, the castle that Jamie lives and works on. It is a 16th century towerhouse that was extended but now lies derelict.

One of the most infamous scenes filmed here is the flogging of Jamie in the castle gates, which is an original feature for visits to experience.

Dysart Harbour
Situated on the northern shore of the River Forth, Dysart is a picturesque harbour that is the stand-in for Le Harve, France. Claire, Jamie and Murtagh arrive in France at the start of season 2.

Falkland (Inverness)
Falkland near Cupar in The Kingdom of Fife is used as Inverness in Outlander rather than the real-life Inverness situated in the heard of the Highlands. Falkland is also home to a Renaissance style Palace that was build in 1500 primarily as a hunting lodge. Mary Queen of Scots was a frequent visitor to Falkland and whilst not strictly related to Outlander, is well worth a visit.

Blackness Castle (Fort William)
The 15th century fortress built by Sir George Crichton stands on a spit of land on the Firth of Forth near Edinburgh is often nicknamed ‘the ship that never sailed’ given its appearance as a boat sitting on the water. Blackness Castle is the fictional setting for Jack Randall’s castle in Fort William’.

Culross (Cranesmuir)
The Royal Burgh of Culross heritage village has barely changed in the last 400 years and is managed by the National Trust for Scotland. The port was once a thriving merchant centre and was used in Outlander to represent Cranesmuir, home to Geillis Duncan as well as many interior scenes shot at Culross Palace.

Linlithgow Palace
Situated exactly half way between Edinburgh and Stirling Linlithgow Palace was a retreat for the Scottish Royals in the 15th century and was the birthplace of Mary Queen of Scots in December 1542. Despite there not being any dungeon, jail or similar, Linlithgow is used as the setting of Wentworth Prison and there are a number of other scenes shot around the ruined Palace. 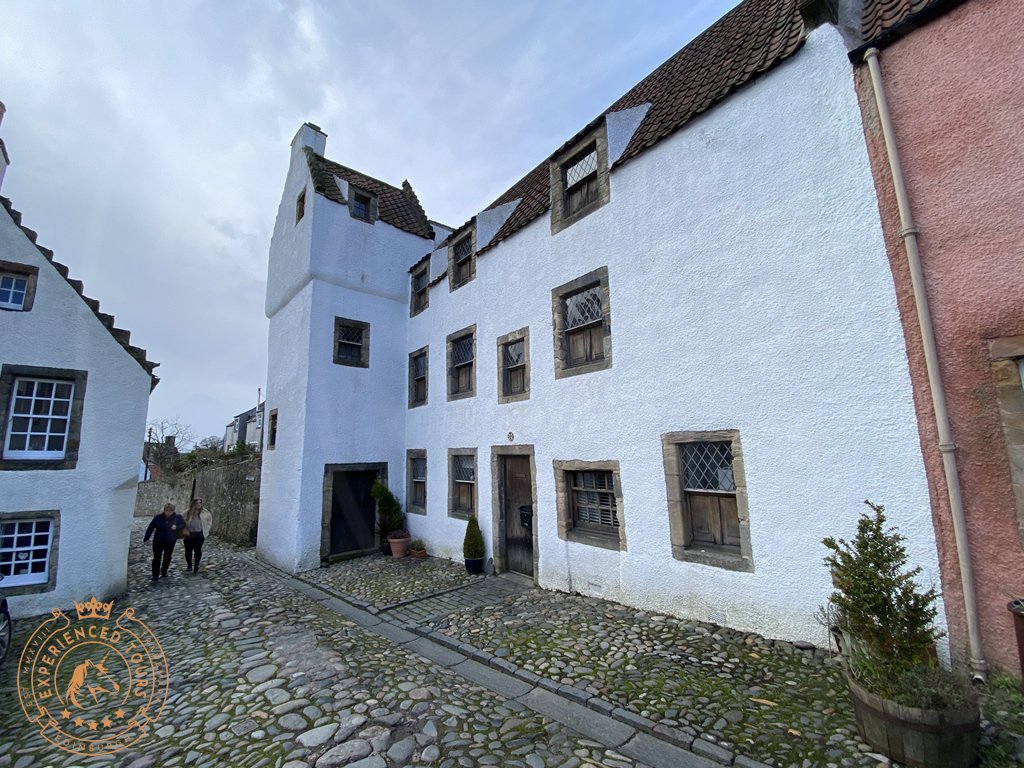 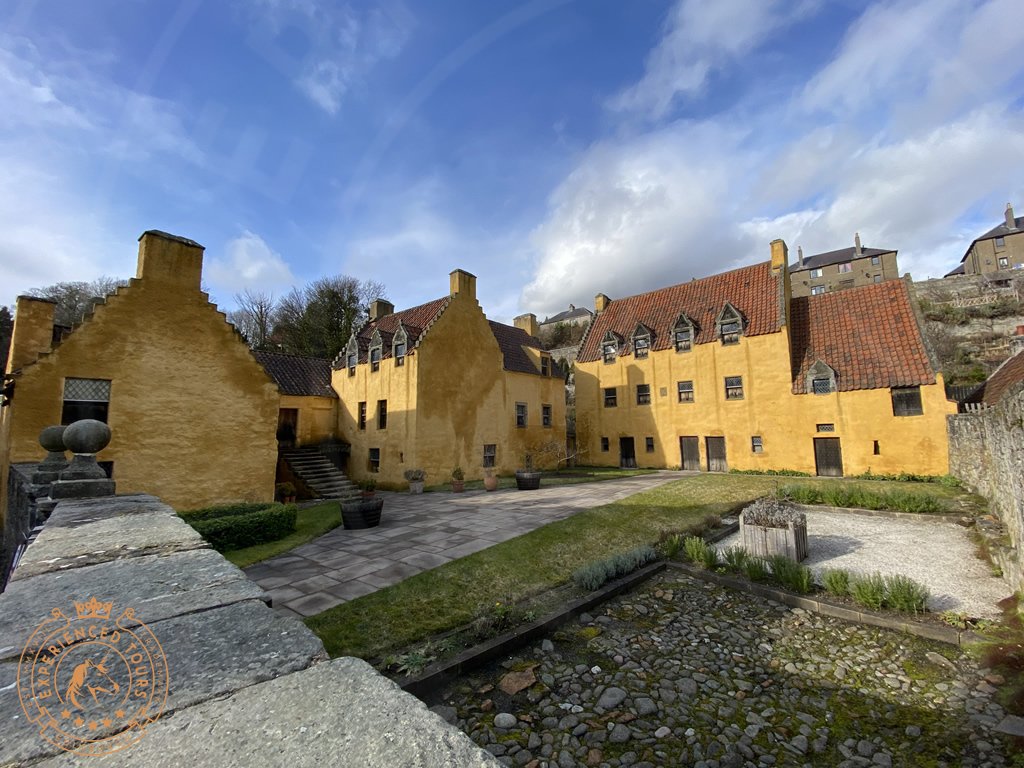 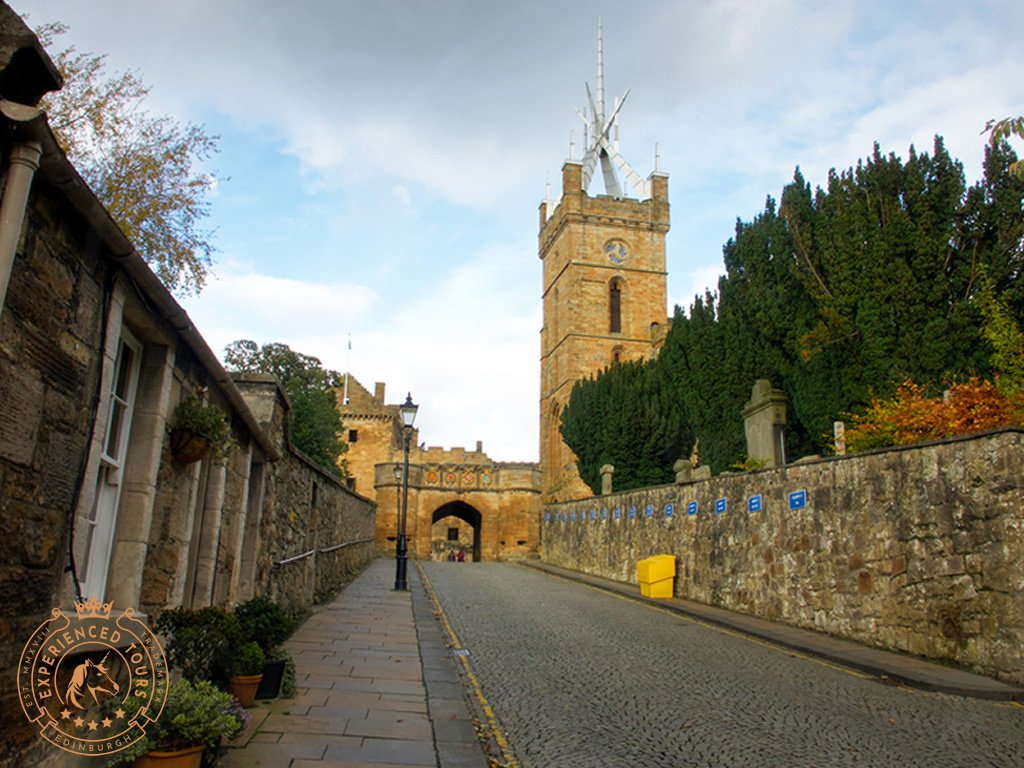 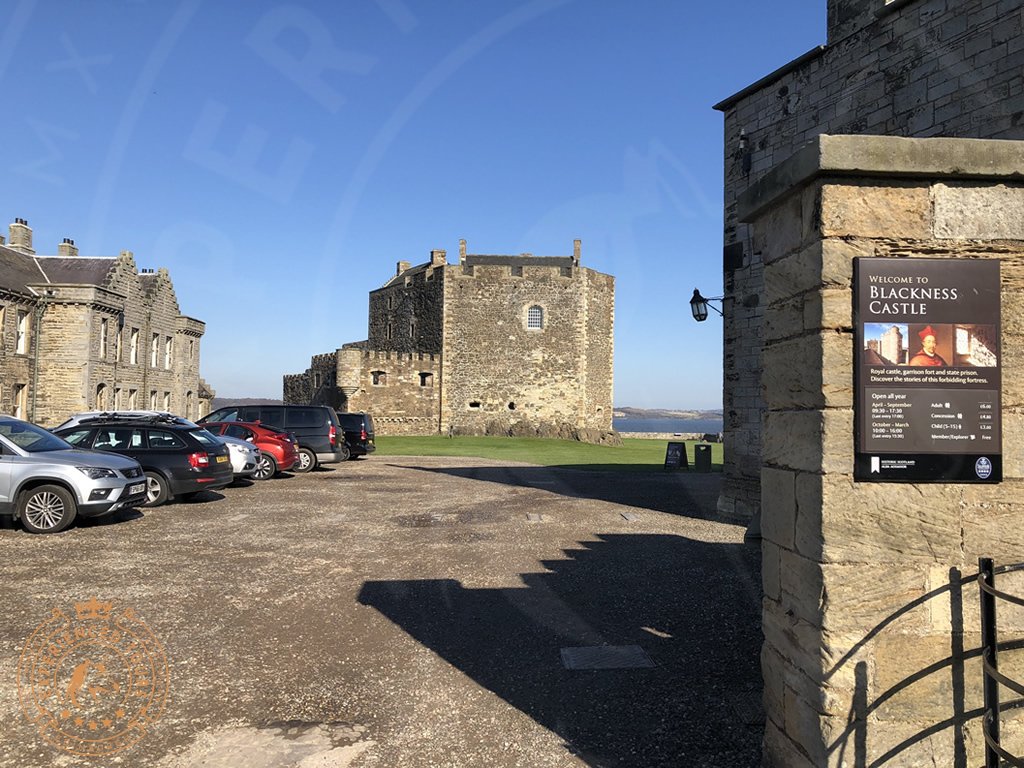 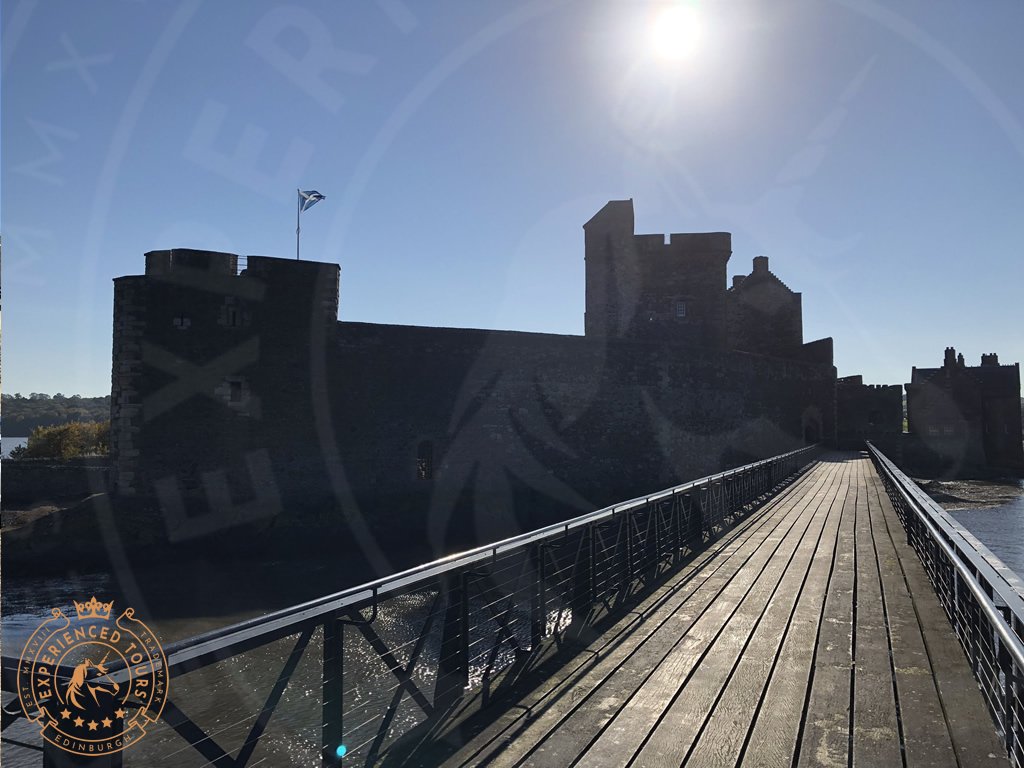 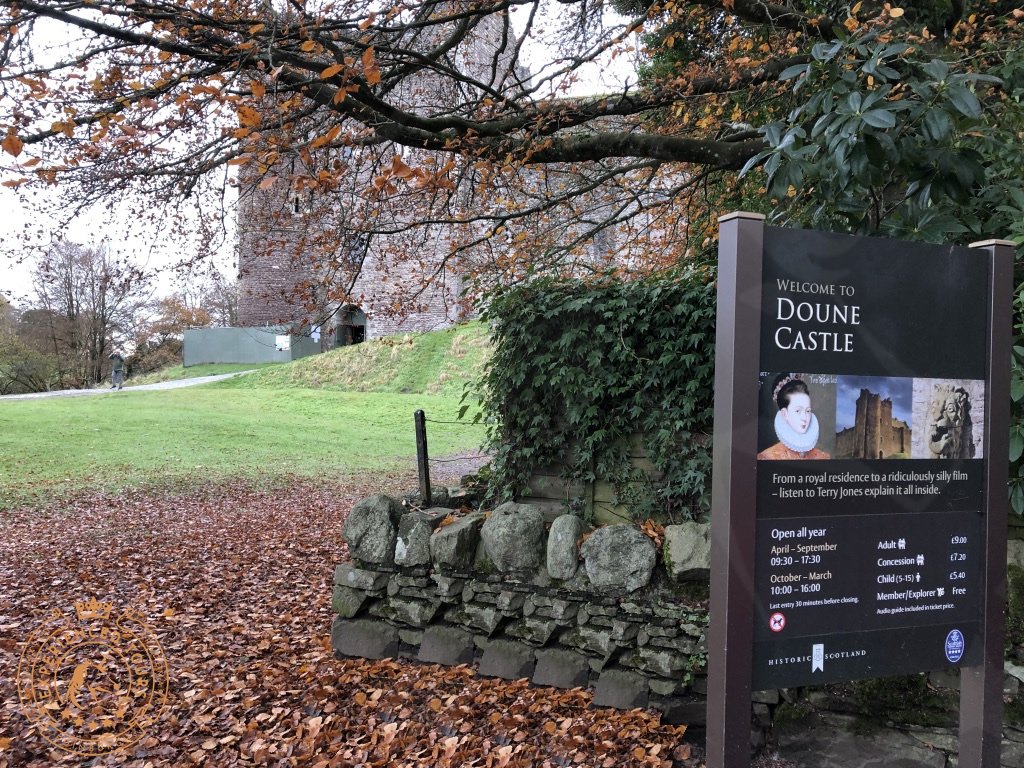 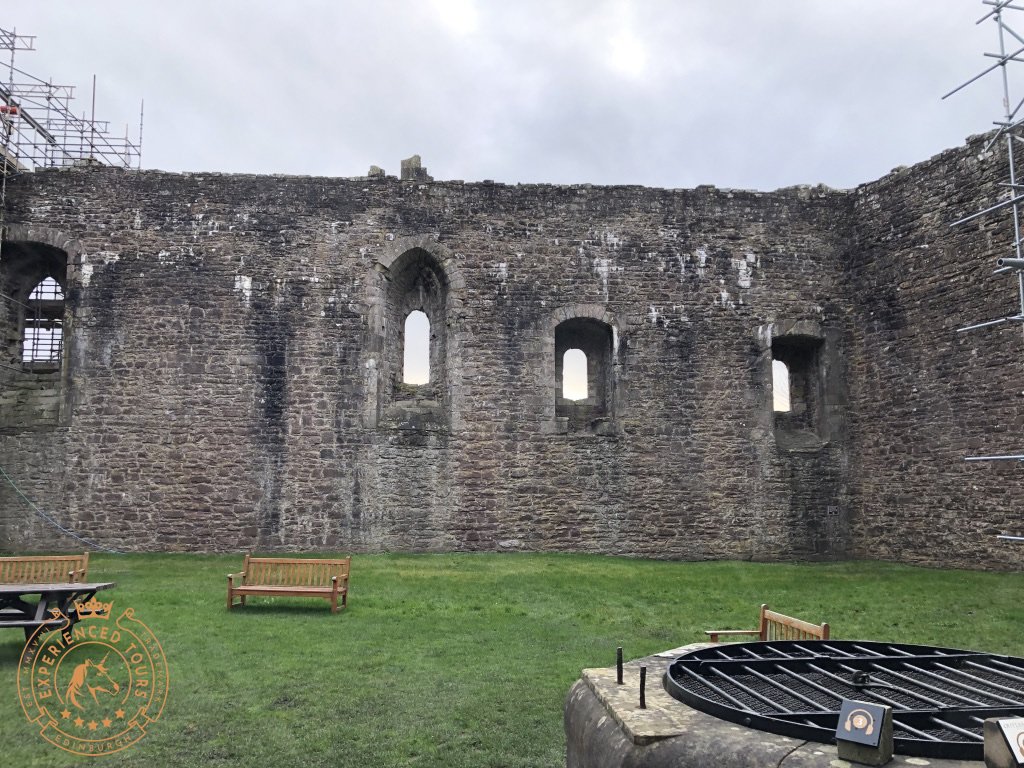 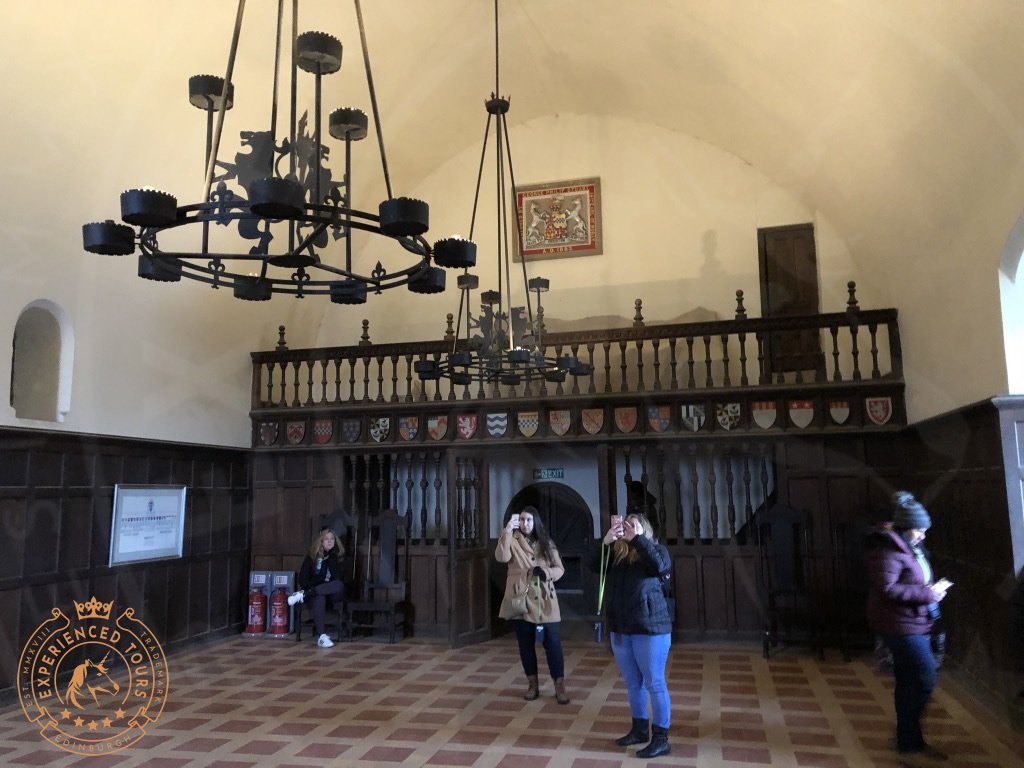 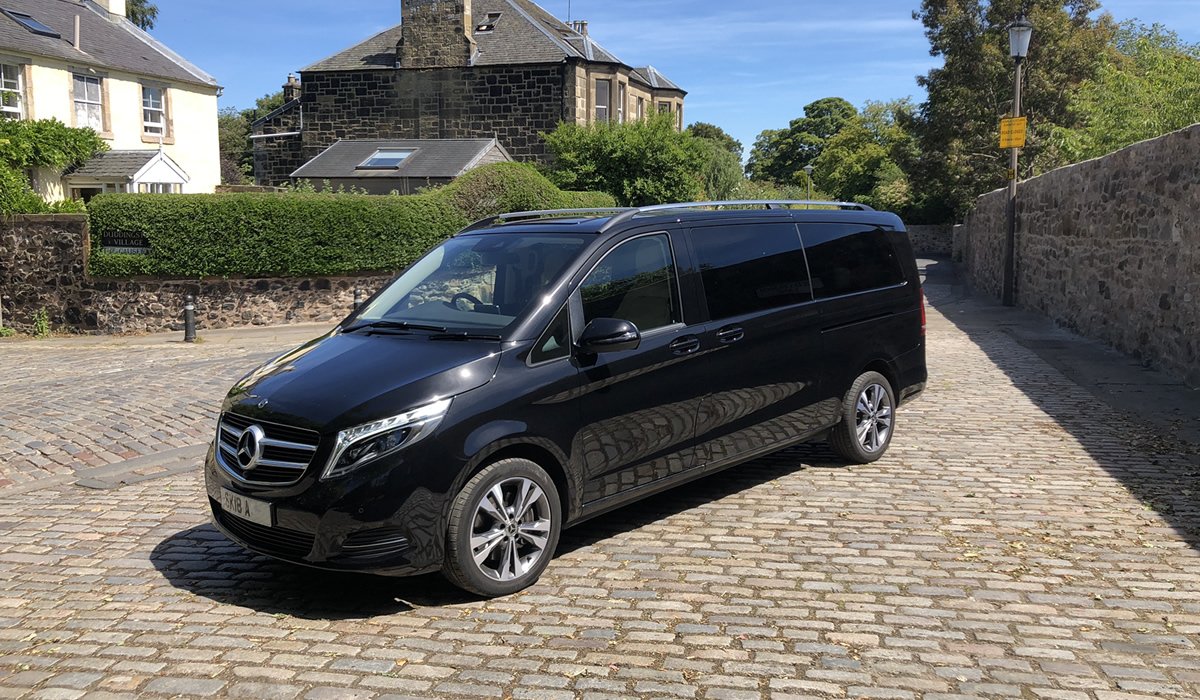 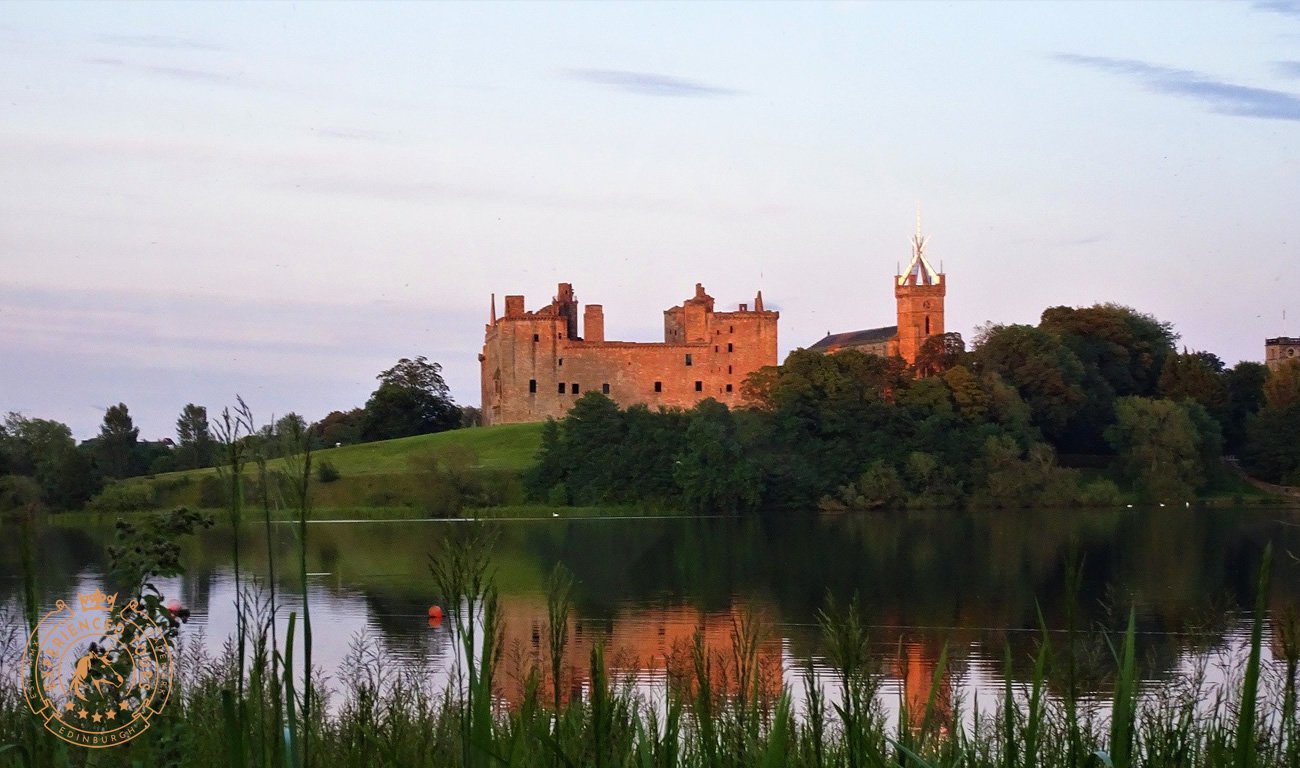 These are some of the frequently asked questions about our Outlander locations private tour from Edinburgh, however if you have a specific question please contact us