The Battle of Bannockburn

The Battlegrounds at Bannockburn and accompanying visitor centre marks the largest battle ever fought in Scotland. The 13th century was a turbulent and complicated time in Scotland, viking dominance in the western isles and English military threat put pressure under the nation and its leaders. Tragedy and death left Scotland without issue and in June 1314 Bannockburn became the culmination of this difficult period.

The English had already attempted to take Scotland at significant battles in Falkirk and Berwick but in 1297 were expelled from Scotland at The Battle of Stirling Bridge (widely popularised – but miss-interpreted in the 1995 Hollywood Blockbuster Braveheart).

At the beginning of the 14th century King Alexander III suddenly died during a riding accident when his horse tripped on a cliff edge after attending council in Edinburgh. The tragedy meant that his daughter Margaret, Maid of Norway was recognised as heir to the throne. However she too met with tragedy as she perished on her way back from Bergen to take up her seat as Queen.

This left Scotland in turmoil during a period referred to as ‘The Great Cause’.  There was no natural successor as Margaret was unmarried and without siblings. The military leader William Wallace (who Bruce had served at the Battle of Stirling Bridge) became unpopular with the Pope and was eventually captured by the English and executed at Smithfield in London. After much debate and competition Robert The Bruce became King of Scots in 1306, which eased political and religious tensions in Scotland.

Edward II King of England saw an opportunity and released an army of some 20,000 soldiers north to Stirling Castle, but news travelled of the advance and they were met by three Scottish battalions (known as Schiltrons) at a site somewhere to the southeast of Stirling Castle. What followed was one of the largest and bloodiest battles in Scottish history.

Medieval battles where typically short lived but Bannockburn lasted two days over the 23rd and 24th of June 1314, making it unique for the period.

Robert The Bruce lead a force of some 10,000 Scottish soldiers into battle against the English who numbered up to 20,000. Despite their greater numbers the Scots had the element of surprise on the second day, appearing just after daybreak at the English camp which was low in moral and exhausted from the first day of battle. Edward fled the scene and the English scattered, eventually fleeing south. Many where killed by soldiers and locals as the retreated and only one battalion of soldiers made it back to England alive.

The defeat opened up northern England and Ireland to Scottish attack and the release of Scottish prisoners in London. Despite the Declaration of Arbroath (a declaration of Scottish independence) being signed in 1320, the English didn’t officially recognise Scotland’s sovereignty until a peace treaty signed at Northampton in 1328.

Interestingly the exact location of the battle site is contested and it is widely accepted that it is in fact not where the memorial stands but in an area that is now a residential suburb of Stirling about a mile to the northeast.

www.nts.org.uk
The memorial is a public monument and open all year. The visitors centre is open year round except Christmas Day, Boxing Day, New Years day and 2nd January 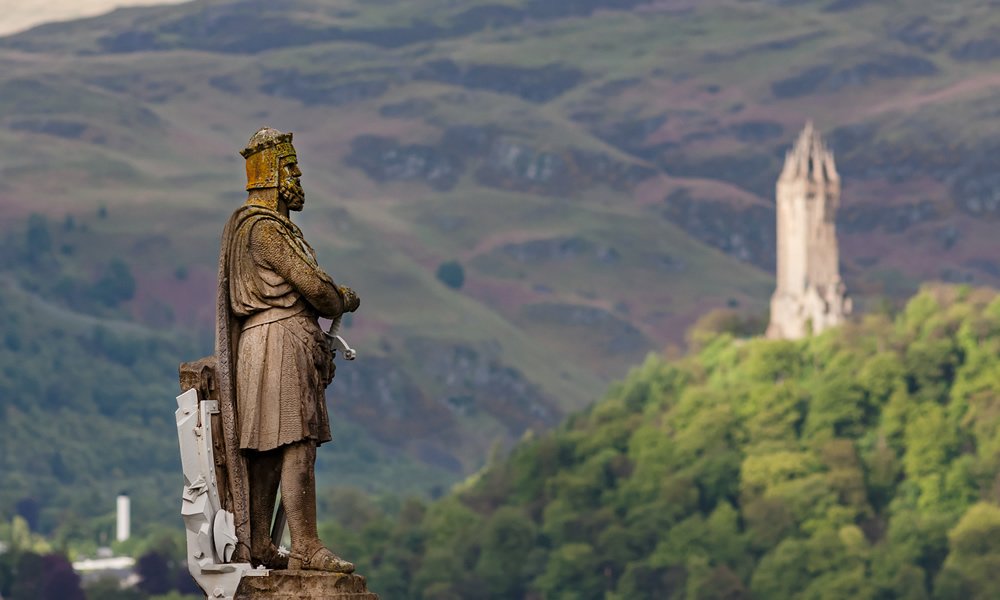 Outlaw King is a Scottish blockbuster movie telling the story of Robert the Bruce, the 14th century King of Scots. Many of the filming locations are within a days tour from Edinburgh 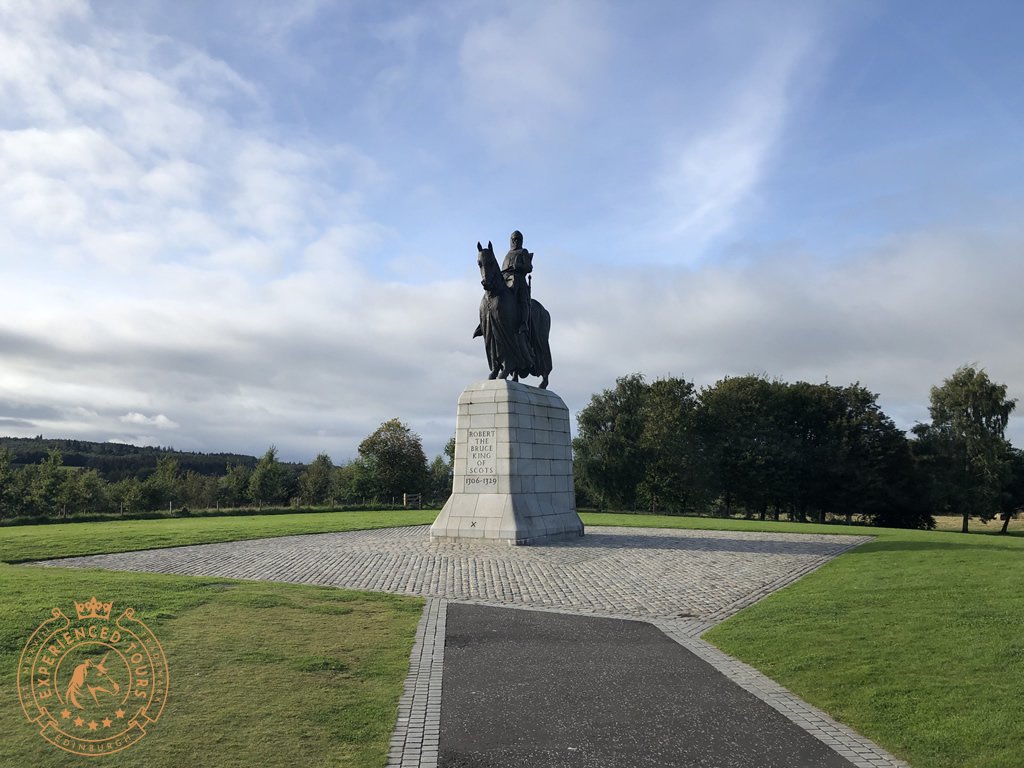 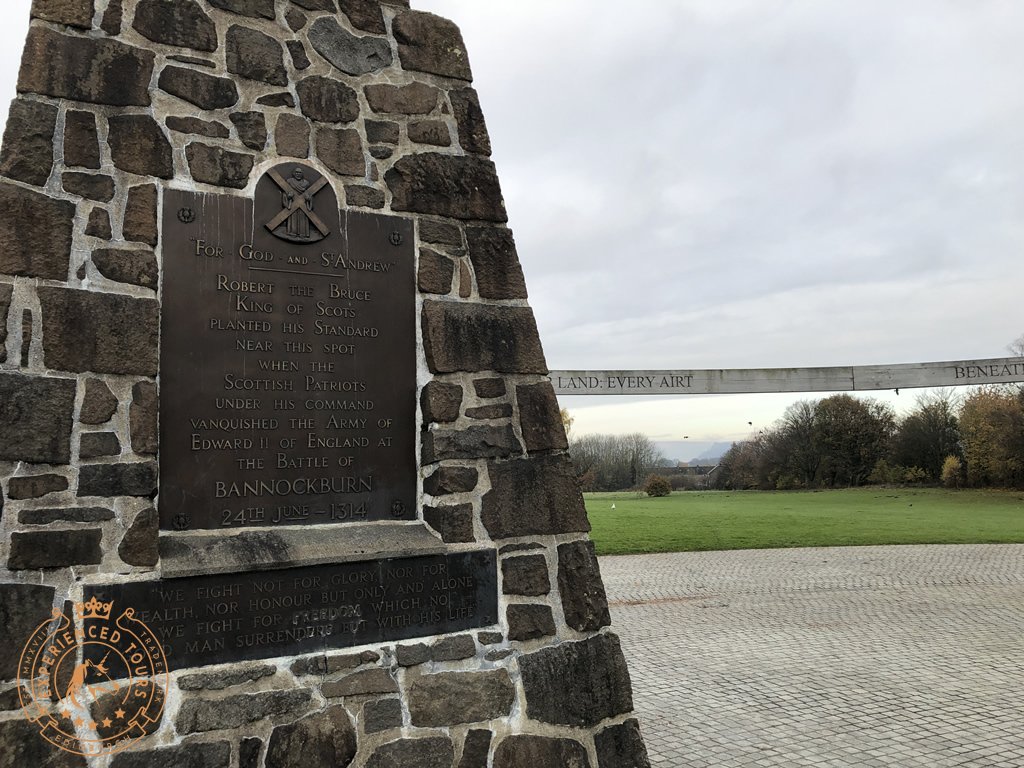 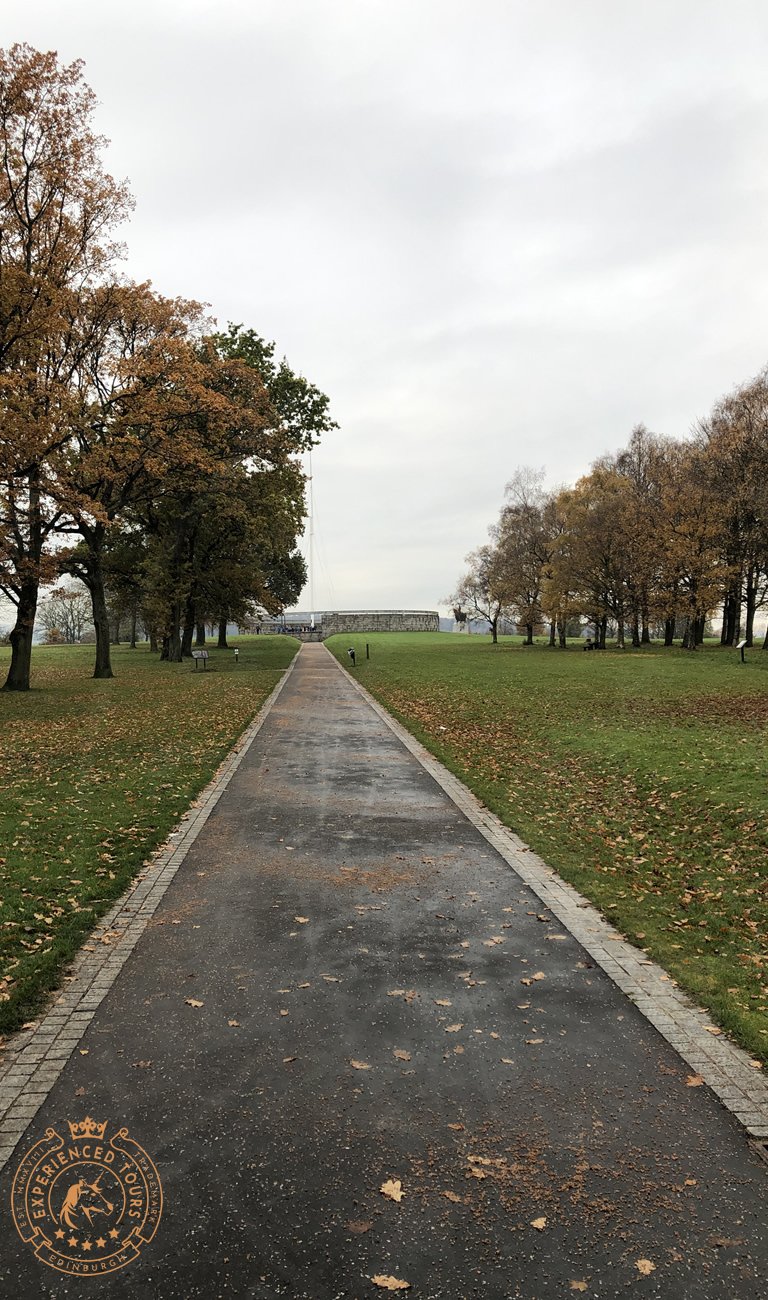 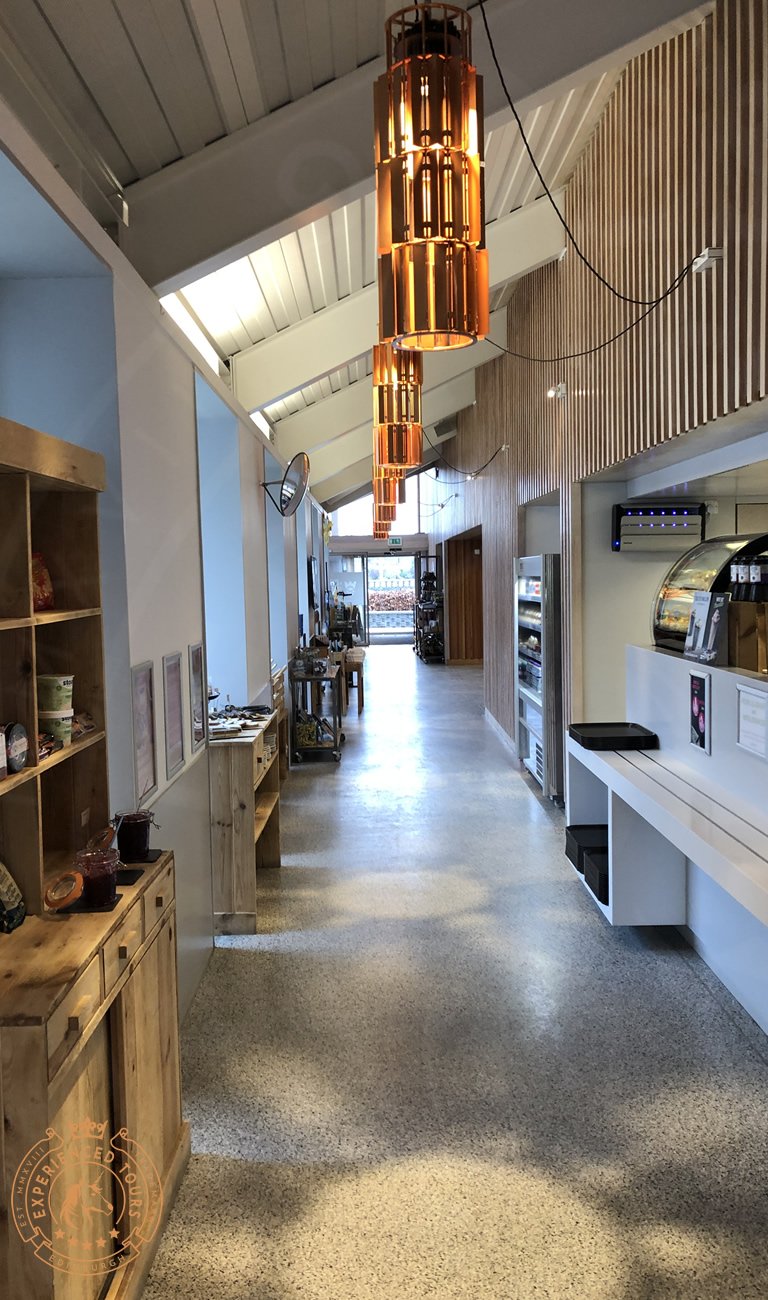 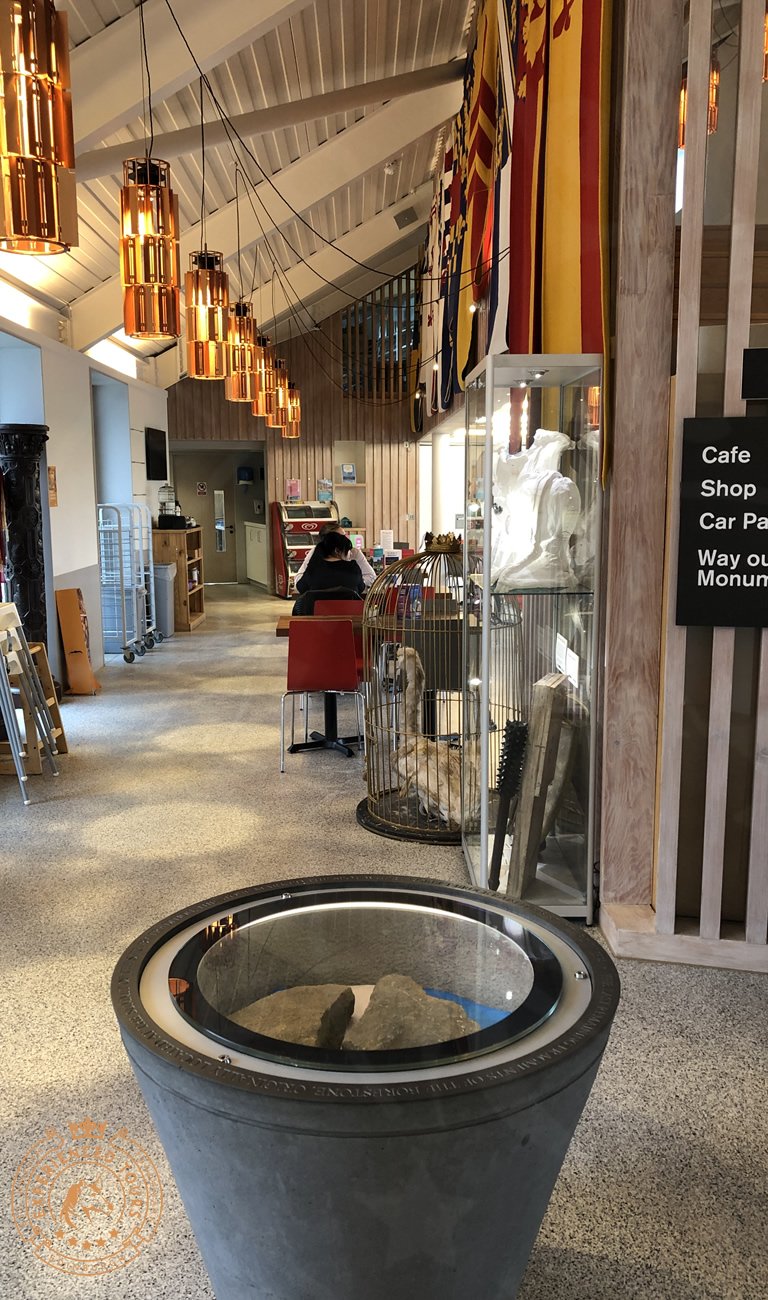 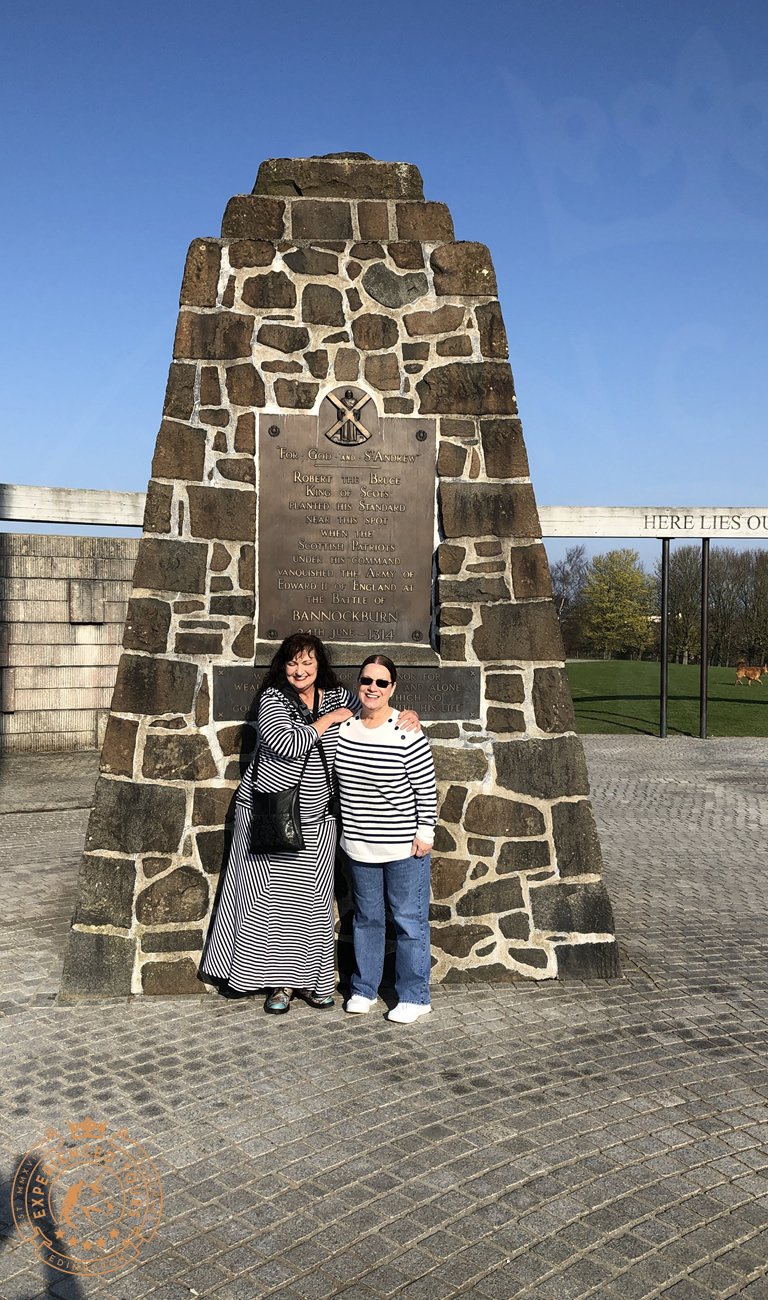