The Hermitage just outside Dunkeld is a gentle woodland walk through the ancient Craigvinean forest to Ossian’s Hall, a remote folly overlooking the Black Linn Falls in Highland Perthshire.

The walk from the car park of The Hermitage to Ossian’s Hall takes around 10 minutes through picturesque scenery. The path skirts the River Braan near to its meeting with the River Tay, through one of the most mature native forests in Scotland which features some of the tallest Douglas Fir trees in the Uk, including the first recorded tree to reach 200 foot.

The folly was constructed in 1760 for the Third Earl of Breadalbane to honour the blind bard Ossian. It is home to Ossian’s Hall of Mirrors and Ossian’s Cave is a short walk further up stream.

As you come across an inauspicious building, it is not immediately obvious that there is a door that leads to the lookout platform overlooking the impressive Black Linn Falls. The noise from the water echoes around the rocky crevices that have been carved out over centuries or erosion.

During spawning season you can spot Salmon attempting to jump up the falls and invariably falling back down after unsuccessful attempts. The Salmon’s journey is impressive, making it all the way to the falls from as far away as Scandinavia and Greenland before laying their eggs further up stream. They come back to the same place year after year. 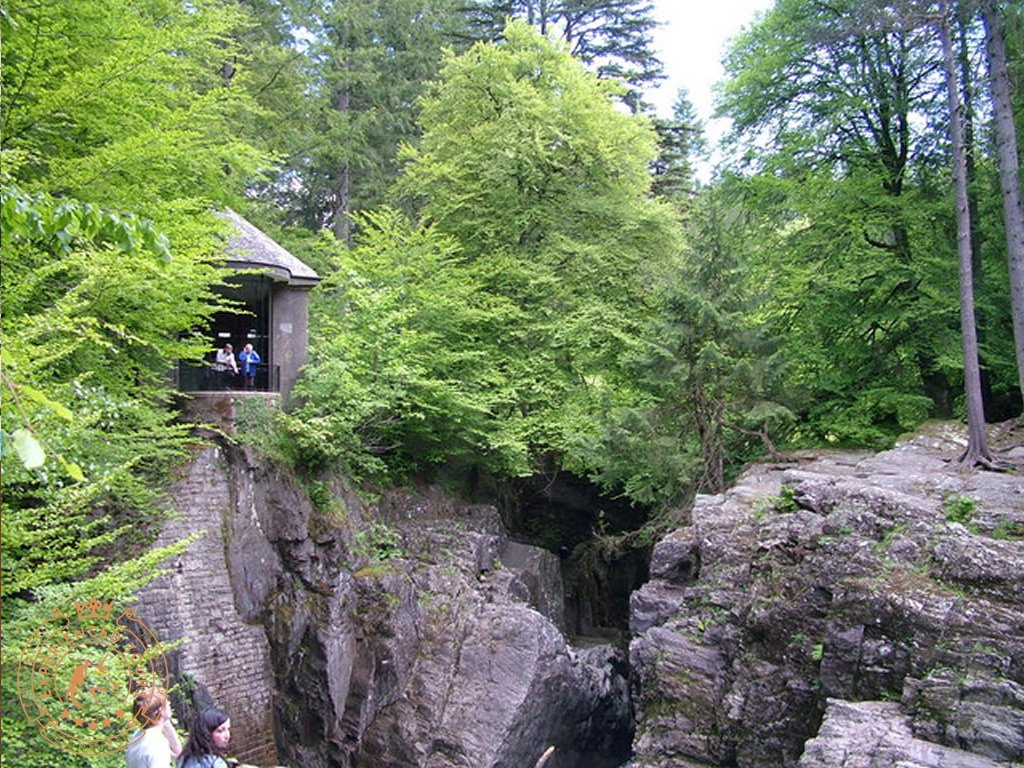 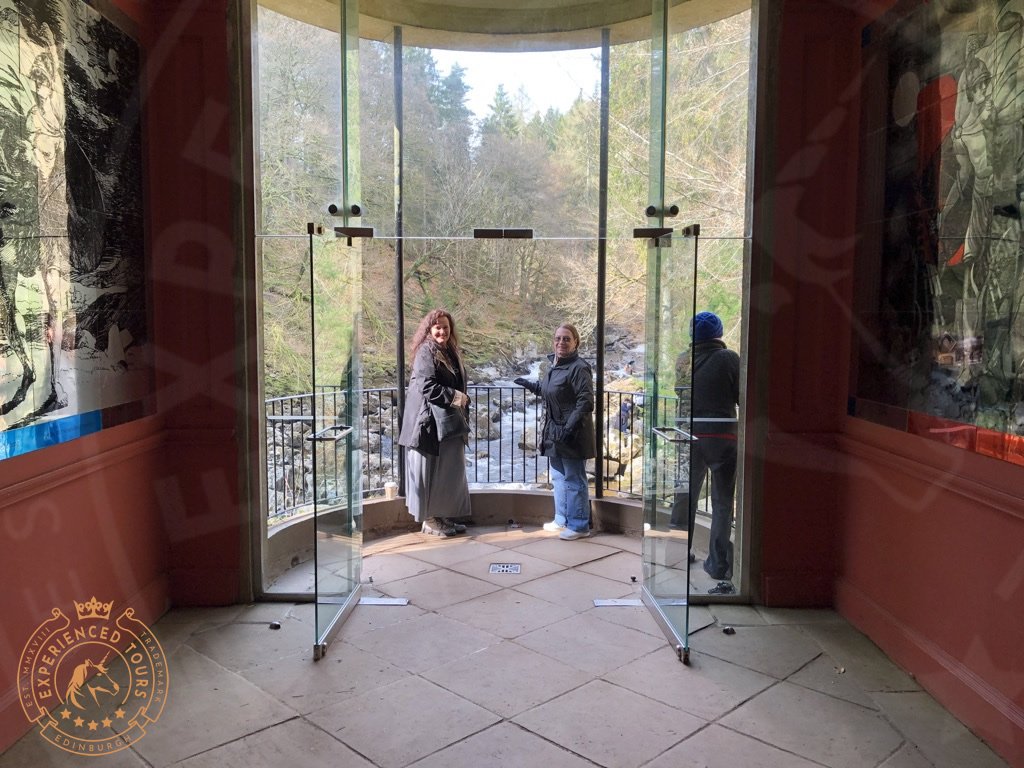